Somerville review - a tasteful apocalypse with a little light puzzling 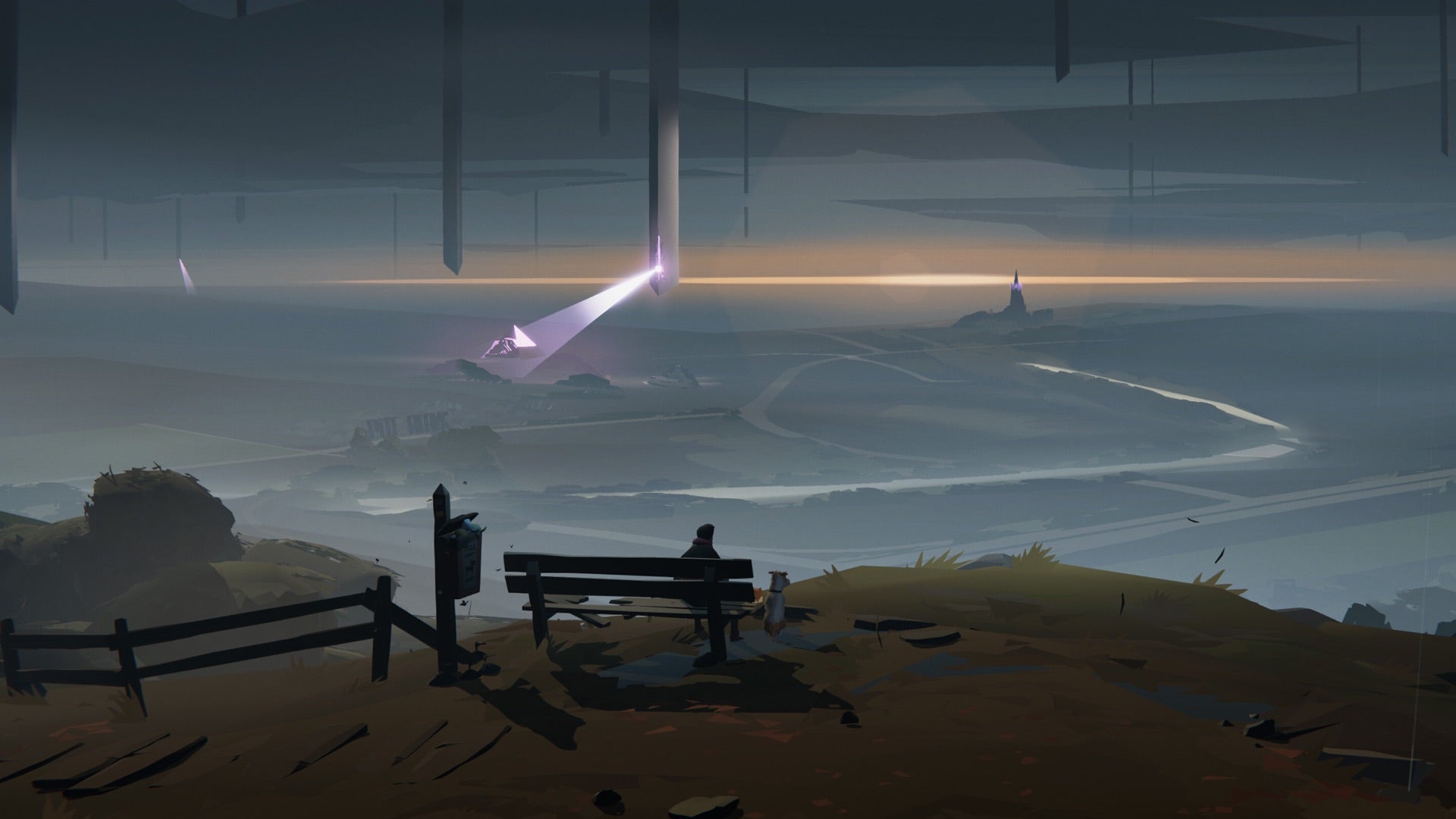 Oh, harmony. Look at those long, elegant limbs. A hero who is all sticks and elbows and knees, thin and drawn-in and desperate. I can just imagine the mechanics in play as he folds himself into the back seat of a car. And look! Look at the world around him, with its long thin alien craft in the sky, certainly, firing down lean graphite pencil strokes of death. But look as well at the low-poly landscape that is being ravaged, the buildings narrow and extended upwards, as if their tops had been gripped and given a good pull. A beanpole world in which a beanpole protagonist can stealth past beanpole enemies. Someone thought a long time about this. It's beautiful, strange, and coherent.

Somerville is pretty simple in theory. It's the alien apocalypse, viewed from the perspective of a family - two parents, a toddler, a dog - whose lives are upended by the invasion. The family is swiftly separated after the aliens descend and we follow the father as he heads out to find everyone again.

But I play it and other games intrude. For one thing, it's hard not to think of the likes of Limbo and Inside, since Jumpship, the studio behind Somerville, shares serious DNA with those games, and belongs, in a sense, to the genre they codified. You know, wordless, uncanny games about platforming and puzzling your way through stealthy terrorscapes. Somerville gives you a bit more freedom over the third-dimension - you can move into the screen as well as back and forth, allowing levels to spill in unexpected directions - but the beats are the same, and the air of desperation and sadness are the same too.